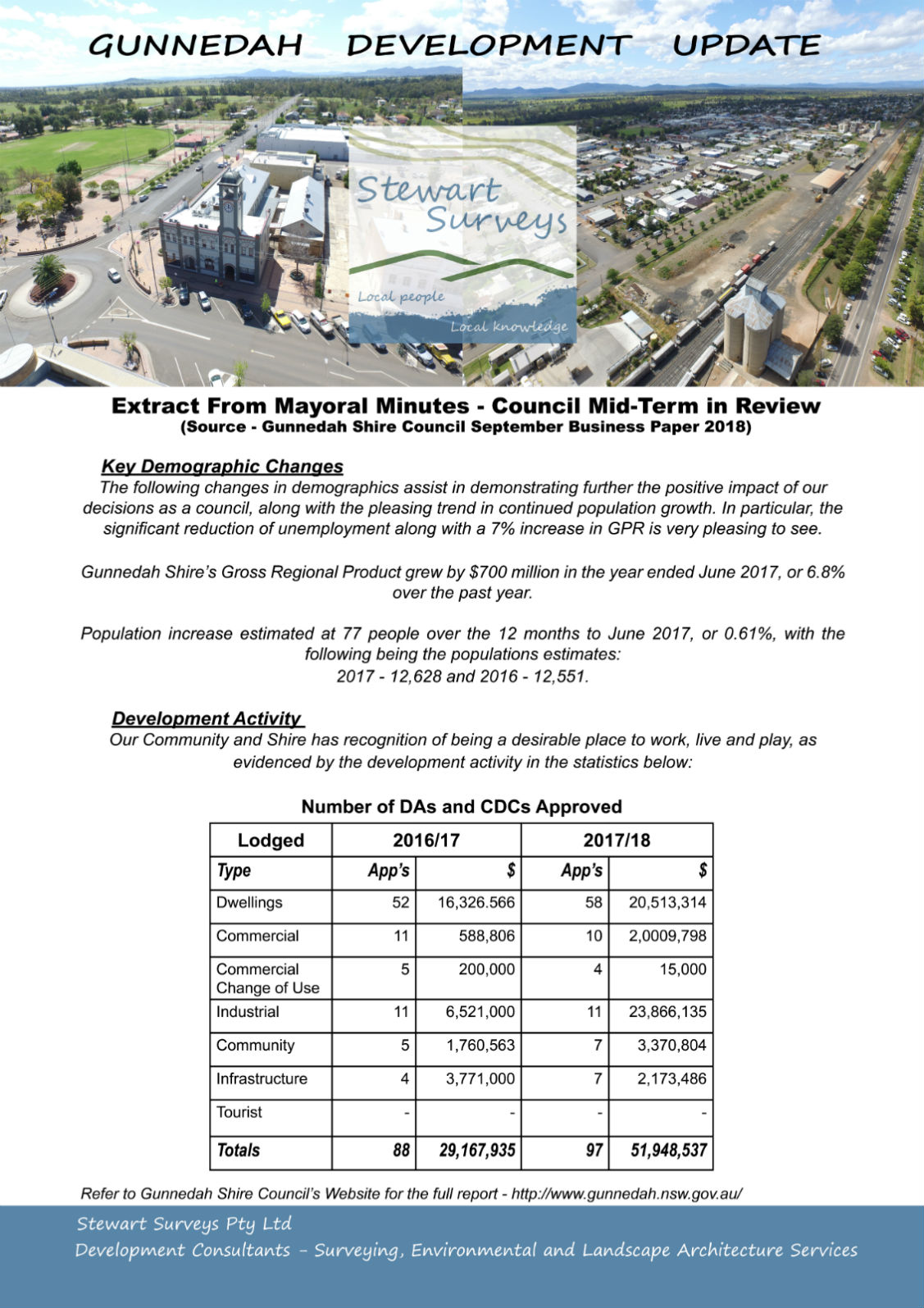 Key Demographic Changes
The following changes in demographics assist in demonstrating further the positive impact of our decisions as a council, along with the pleasing trend in continued population growth. In particular, the significant reduction of unemployment along with a 7% increase in GPR is very pleasing to see.

Gunnedah Shire’s Gross Regional Product grew by $700 million in the year ended June 2017, or 6.8% over the past year.